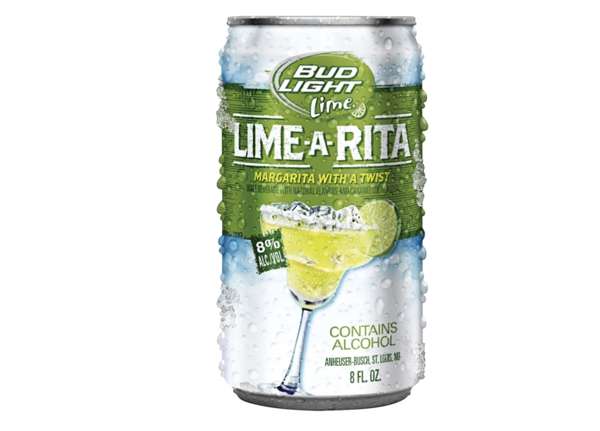 Sarah Nazim — May 10, 2012 — Lifestyle
References: budlightlime & huffingtonpost
Share on Facebook Share on Twitter Share on LinkedIn Share on Pinterest
As you probably guessed from the title, Bud Light’s Lime-a-Rita is a take on the popular alcoholic beverage known as margaritas. This idea came about when Anheuser-Busch realized that people were mixing beer with margaritas to form their own concoctions; hence it was only natural for Bud Light to launch a product that was ready- made for users to enjoy. The beverage has an eight percent alcohol by volume percentage, and is available in 12 and 24 packs, as well as single serving cans.

This was a smart move on the company’s part, as they were able to zone into a favorable user preference, and cater to that niche. Lime is a great complimentary fruit that goes well with most drinks, and it’s sure to make for a refreshing Bud Light experience.