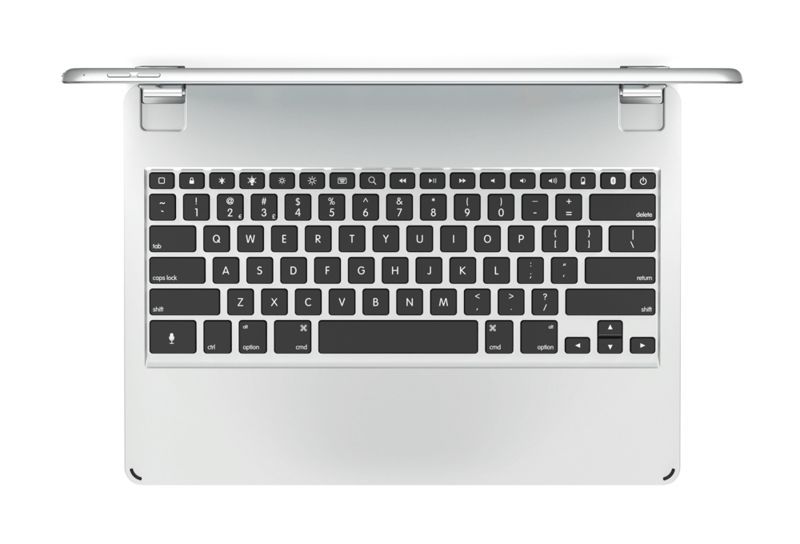 Katherine Pendrill — January 5, 2016 — Tech
References: brydgekeyboards & prnewswire
Share on Facebook Share on Twitter Share on LinkedIn Share on Pinterest
Premium technology brand 'Brydge' is set to debut the 'BrydgePro' at CES 2016. Since its successful Kickstarter campaign in 2012, Brydge has continued to set the industry standard for iPad keyboards. Now the company has designed the perfect accessory for maximizing the functionality of the iPad Pro.

The BrydgePro is a tablet-transforming keyboard that is designed to pair with the iPad Pro. Following the same design as previous Brydge products, the new keyboard is equipped with a 180-degree hinge system, backlit keys, haptic key feel and a high-grade aluminum build. Additionally, the keyboard also boasts a U-shaped clamping mechanism that makes viewing and adjustments easier. The keyboard is ultimately designed to unlock the power of the iPad Pro by giving consumers a tactile work surface.

In addition to the BrydgePro the company also plans to debut the BrydgeMini, which is designed to be used with the iPad mini 4.
3.6
Score
Popularity
Activity
Freshness
Get the 2023 Trend Report FREE