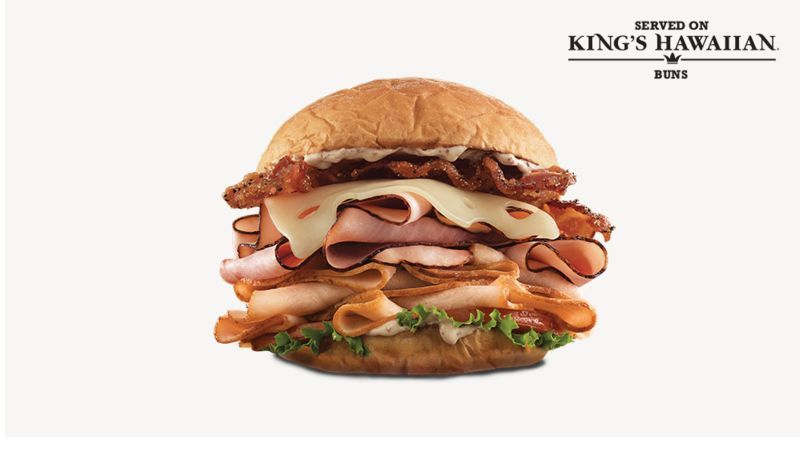 This New Arby's Sandwich is Made with Brown Sugar Bacon

Katherine Pendrill — July 18, 2016 — Lifestyle
References: arbys & brandeating
Share on Facebook Share on Twitter Share on LinkedIn Share on Pinterest
Arby's recently expanded its range of sandwiches made with brown sugar bacon with the addition of the all-new King's Hawaiian Half Pound Club. While idea of adding sugar to bacon may sound unusual, the ingredient can be used to add a sweet and savory element to an otherwise ordinary dish. As a result, this hearty dish gives consumers a tasty new way to enjoy bacon in a club sandwich.