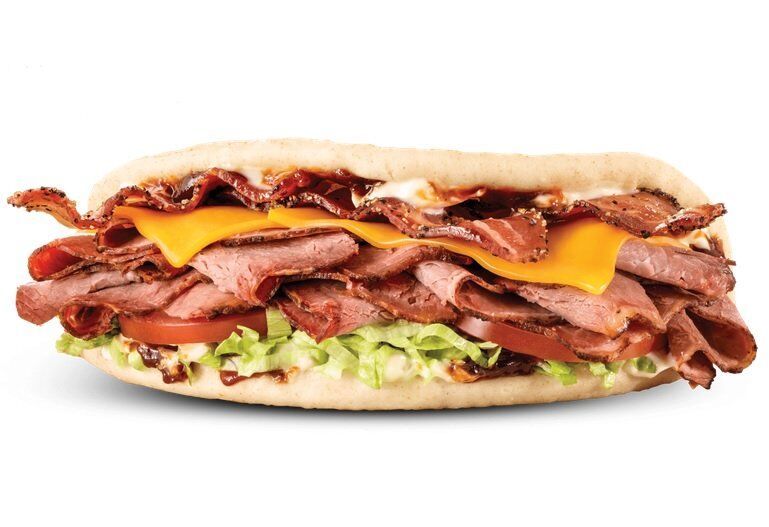 For a limited time, fans can once again get their hands on the Brisket Bacon Flatbread from participating Arby's locations. The sandwich is a meaty creation that features sliced, 13-hour smoked beef brisket, paired with pepper bacon, melted cheddar cheese, smoky BBQ sauce, shredded lettuce, sliced tomato, and mayo. All these toppings are served on a warm and fluffy pita flatbread.

Fans can order the returning sandwich on its own, or as part of a Brisket Bacon Flatbread Meal, which comes with your choice of side and a small drink. With the combo, fans also have the option to swap out any of the regular sides for your choice of Jalapeño Bites, Loaded Curly Fries, or Mozzarella Sticks for a small charge.