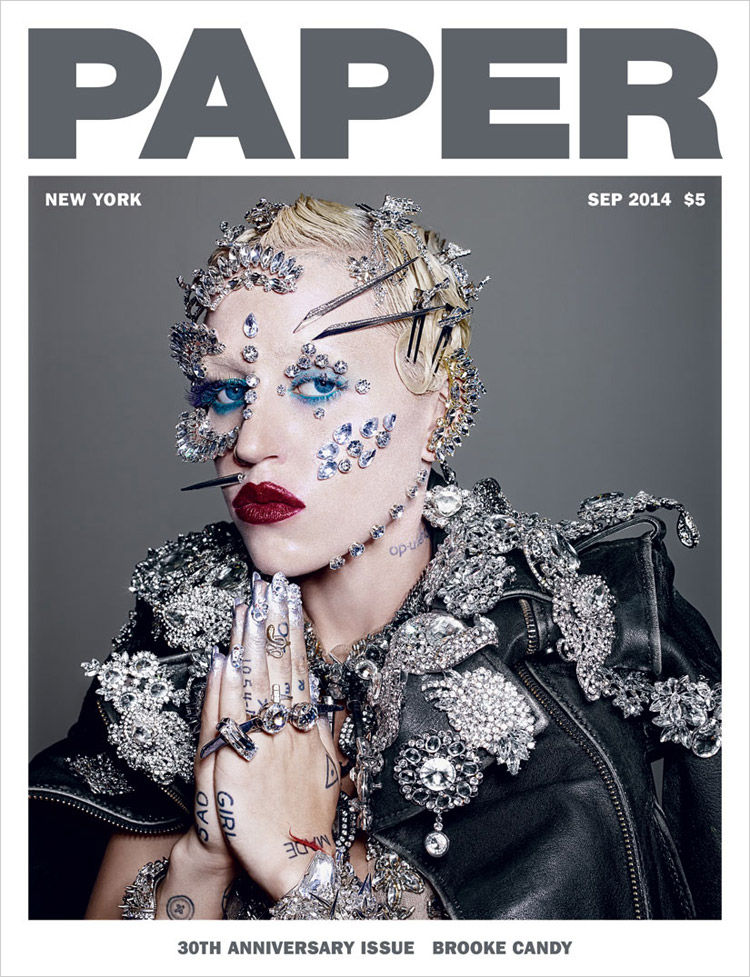 After first gaining attention for her cyborg-inspired look in the Grimes "Genesis" video, Brooke has followed up with countless song releases and has no plans of slowing down. Her recent single "Opulence" and its artful video are the obvious inspirations behind this image series. The editorial highlights face-concealing jewels and diamond-encrusted statement accessories that few can pull off with the exception of Brooke herself. In addition to profiling the outrageous rapper, PAPER Magazine's 30th Anniversary issue is also released in a second, collector's cover that stars iconic rocker Courtney Love.
5
Score
Popularity
Activity
Freshness