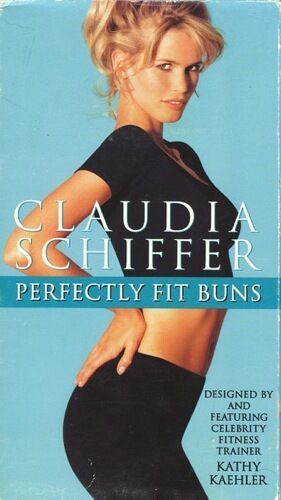 Marissa Brassfield — October 4, 2008 — Celebs
References: lifelounge
Share on Facebook Share on Twitter Share on LinkedIn Share on Pinterest
It's already been leaked that Britney Spears wants to follow in the fitness footsteps of Jane Fonda, Claudia Schiffer and Cindy Crawford by lending her famous face to a workout video. The gym rats and celeb-obsessed will note, however, that Britney Spears is just the latest A-lister in a long line of celebrity workout videos, and there's no guarantee that capitalizing on her recent success will lend Britney Spears any luck with sales in the self-improvement aisle.

Take a look at these dusty workout videos from years past. Claudia Schiffer, Cindy Crawford, Anna Kournikova, and Paula Abdul all make sense, especially considering the respective release dates of their fitness videos. But Florence Henderson? Surely Britney Spears can do FloHen one better.

Britney Spears' seriously slimmed-down figure has been turning heads ever since her appearance at the 2008 MTV VMA's, where she dazzled in a sparkling dress and won every award for which she was nominated. Fans and non-fans alike are keen to see what sort of dance-themed workout video Britney Spears would produce if given the opportunity.
3.5
Score
Popularity
Activity
Freshness
View Innovation Webinars

Vibrant Tonal Basketball Sneakers
The Why Not .6 Sneaker by Jordan Gets a Bright Crimson Look