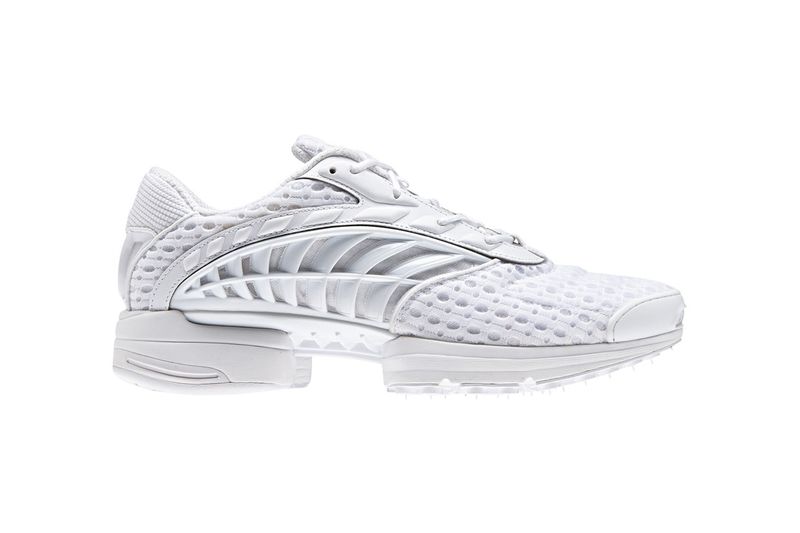 The New adidas ClimaCool 2 Sneakers Look Fresh in All White

Fast-forward to 2017 and the sporting giant has relaunched and redesigned the under-rated style to suite a more modern aesthetic. The 'ClimaCool 2' sneakers feature an all-mesh base with a chunky heel and toe detailing. The thick, disjointed molded base of these sneakers is ultra futuristic, and its outer sole is elevated, allowing for the arch of the wearer's shoe to get good air flow. A perforated sock liner gives these running shoes an even more breathable feel. Outfitted with the adidas Torsion System, these running shoes also have great support.

The re-launched version of these breathable chunky sneakers is currently available in all black or all white.
3.7
Score
Popularity
Activity
Freshness