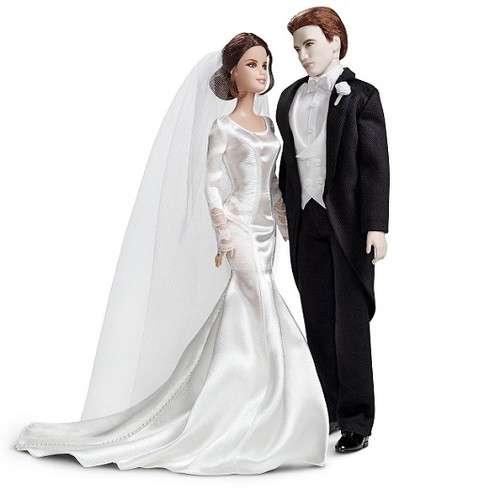 Breaking Dawn Barbies Will Soon Be Available for Twilight Fans

The Breaking Dawn Barbies will be special wedding editions of the Twilight characters Edward and Bella. The dolls will be modeled after the pair, as seen on their "wedding day" in the latest Twilight movie, Breaking Dawn Part I.

Available for $29.95 each, the Breaking Dawn Barbies come after the release of other Twilight Saga Barbies, including the shirtless Jacob Barbie, modeled after actor Taylor Lautner's character in Twilight Saga: New Moon.

With so many different pop culture versions of the iconic Barbie doll -- such as those modeled after Kate and Pippa Middleton, Nicki Minaj, Lady Gaga and more -- hitting the market these days, it's probably true to say, "There's a Barbie for that."
5.3
Score
Popularity
Activity
Freshness
Attend Future Festival Virtual