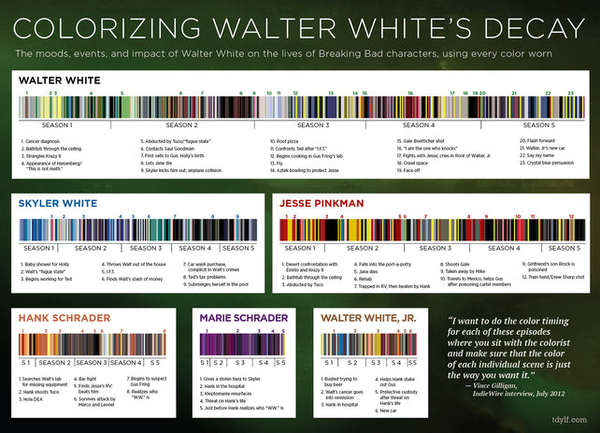 While the other characters depict a greater sense of emotional stability, Walter White's feelings are visibly all over the place. The only other character who has similar fluctuations is Walter Jr.