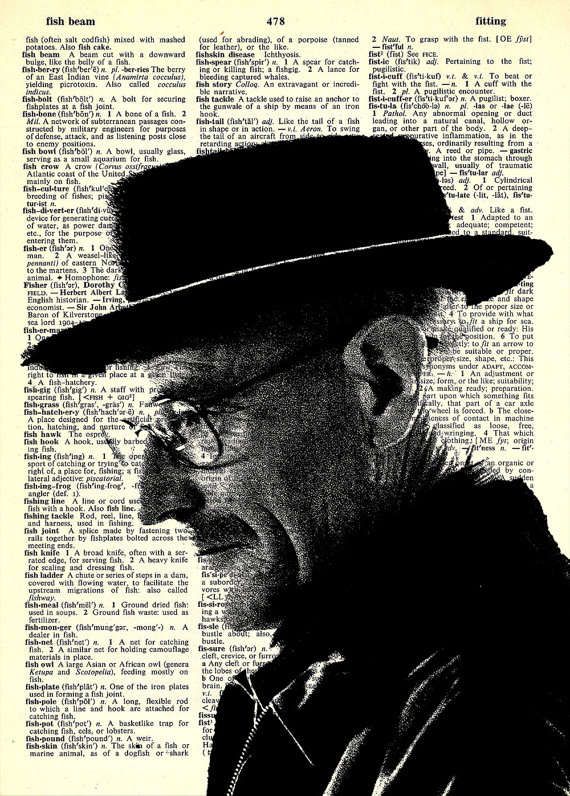 One set of portraits, by Etsy seller Number Eleven, is particularly striking. Made entirely from old newspapers, these portraits depict protagonists-turned-anti-heroes Walter White and Jesse Pinkman in all their drug-dealing glory. Walter is shown in profile wearing his Heisenberg hat. His strong gaze looks off of the newsprint at some distant, unseen object, channeling Walter's mysterious intensity with great artistic prowess. Jesse's portrait is quite different. His astonished, deer-in-the-headlights face looks out at the viewer directly, representing his more straightforward approach to life -- an attitude in complete opposition to Walter's.

After seeing these portraits, it's impossible not to become excited for Breaking Bad's premiere on August 9th. While these will be the final episodes in this shocking series, there is still a ton of action to come, and with it, a ton of tributary fan-made artwork.
0.8
Score
Popularity
Activity
Freshness
View Innovation Webinars