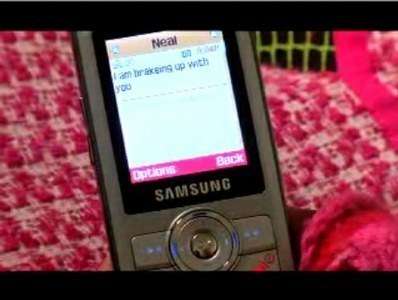 Bianca — December 14, 2007 — Naughty
References: uk.reuters
Who, in their right mind, would have the nerve to dump someone via text message? Well, according to a recent survey, about one in seven have received such a heart-wrenching SMS, just like the one Britney Spears sent to ex hubby Kevin Federline.

If you're thinking, "Grow some balls, have some pride, a little respect," then consider there are people even more pathetic: 4 per cent of people just cut off communication entirely, without even the courtesy to text.

The ultimate burn? Your partner switches his Facebook status to "single" without any communication with you beforehand. The survey showed that one per cent would dump a partner via social networking site, so the likelihood of the status swap is not that far-fetched.
4.9
Score
Popularity
Activity
Freshness