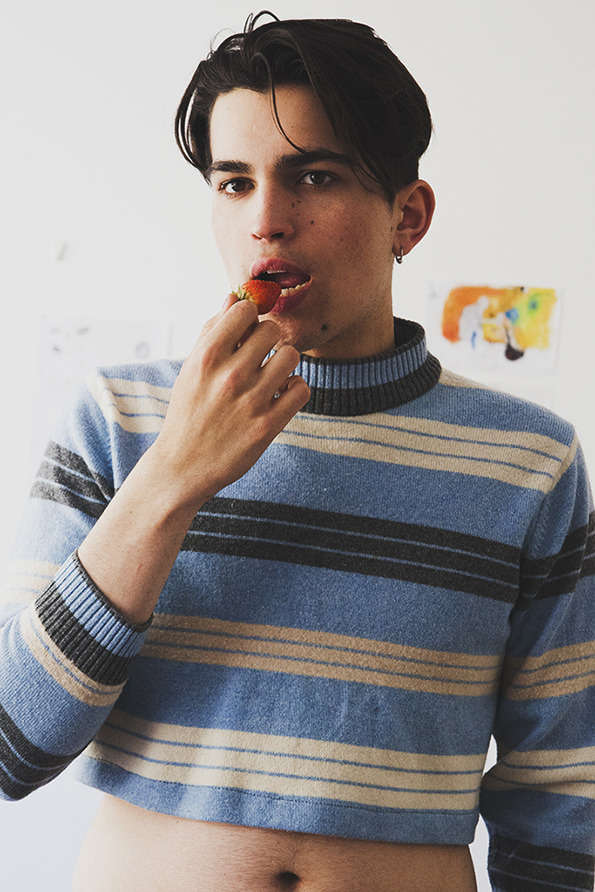 Each photograph in the series shows a hunky man performing an activity traditionally done by a woman. One man is shown applying foundation, another is painting his toenails and a third texts on a pink-cased iPhone. The photographs each exude a tongue-and-cheek analysis of gender construction, exploring whether "girl" activities are attractive only to females, or whether men don't like them simply because they've been told not to.

While exploring an important issue in modern society, Arvida Byström manages to keep these photos lighthearted and cute. The men are dressed in feminine clothing, including a crop top and a white fluffy bathrobe, making female viewers giggle at the thought of men really wearing these outfits in day-to-day life.

This photo series is one of a number of recent gender-bending experiments that work towards encouraging gender fluidity in society. By rejecting gender constructs, Arvida Byström's photography is a clever addition to this new movement.
4.9
Score
Popularity
Activity
Freshness
Get the 2021 Trend Report FREE