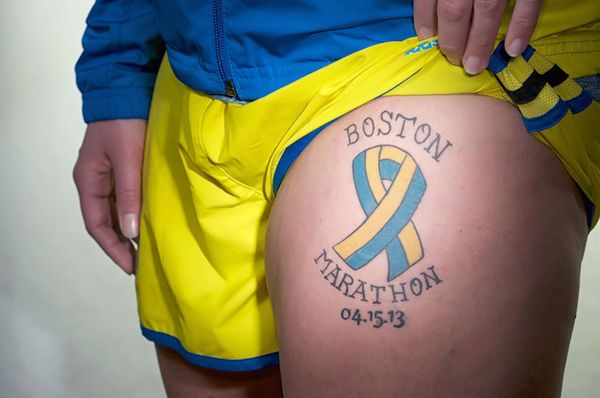 Megan Facciuolo — March 20, 2014 — Lifestyle
References: bledforboston & buzzfeed
Share on Facebook Share on Twitter Share on LinkedIn Share on Pinterest
Photographer Christopher Padgett’s recent work leaves a permanent impression by capturing Boston Bombing tattoos. The 'Bled For Boston' project is a photo series of people with tattoos inspired by the Boston Marathon bombings in 2013. So far, Christopher has taken pictures of close to 80 people and their tattoos. The Bostonians pictured range from runners and nurses to chiropractors and cops.

The project has been widely supported by the city; to name just some of the efforts, a Boston law firm offered pro-bono legal counsel for trademarking the project, a Boston-based company paid for the prints for the gallery show and the Boston Center for Adult Education is throwing the gallery-opening party.

A portion of the proceeds from the book's sales will go to the Spaulding Rehabilitation Hospital, where all the victims received treatment.
6.3
Score
Popularity
Activity
Freshness
Attend Future Festival