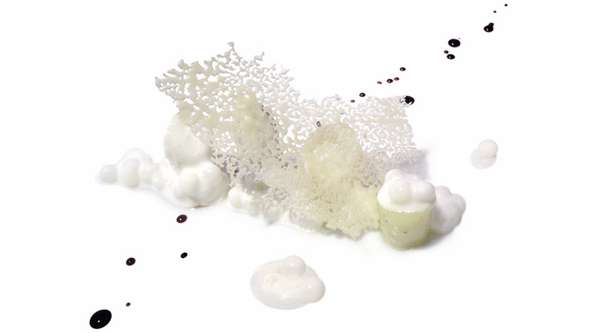 Bob Noto Shoots His Food in a New Way

Carly Foy — May 17, 2011 — Lifestyle
References: finedininglovers & notcot.org
Photographer Bob Noto has managed to capture my appetite with his food photography.

The series features many delectable palettes that are guaranteed to make your mouth water. Bob Noto also creates his images in an offbeat way. He first shoots his food while still in the restaurant, within minutes of it being served to him. Then, later on, with digital manipulation, Bob Noto takes away the table and various other restaurant elements, keeping only the food.

Featuring dishes such as stuffed apples and sushi, Bob Noto's photography has managed to focus on the bright vibrance of the servings and the tiniest grains of detail. The series manages to make those who are full hungry for more. Bob Noto's food photography is truly unlike any other.
5.8
Score
Popularity
Activity
Freshness

Minimalistic Mealtography
The Food Photography for Marina Aurora is Appetite-Enhancing