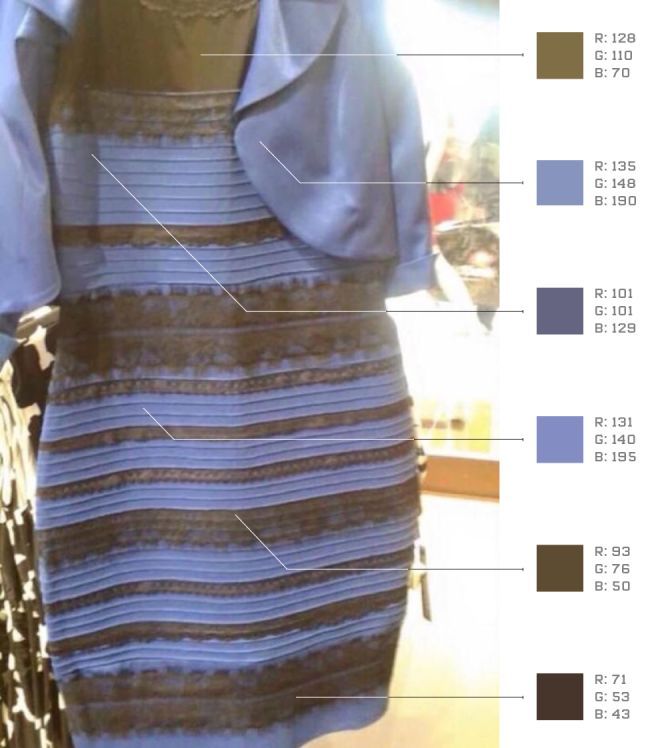 Amelia Roblin — February 27, 2015 — Pop Culture
References: wired & news.nationalpost
Share on Facebook Share on Twitter Share on LinkedIn Share on Pinterest
When you look at these images, do you see a blue and black dress, or a white and gold dress? Caitlin McNeill posted a photograph of this frock on her Tumblr page, asking users of the Internet to offer their opinions on the puzzling color combination. She and her friends could not come to an agreement.

Pretty much overnight, the picture went viral, and people from all over the world began tweeting, posting, sharing and commenting on what they see in copies of the original image. Looking at the same photo on exactly the same phone or computer screen, many people have been experiencing mind-blowing disagreement. But what makes this illusory online sensation even more mystifying is that––over and over again––the same person has seen a blue and black dress, only to perceive it as a white and gold dress just moments later. The baffling image is a brilliant study of what it takes for something to go viral on the Internet.
6.9
Score
Popularity
Activity
Freshness
Get the 2021 Trend Report FREE