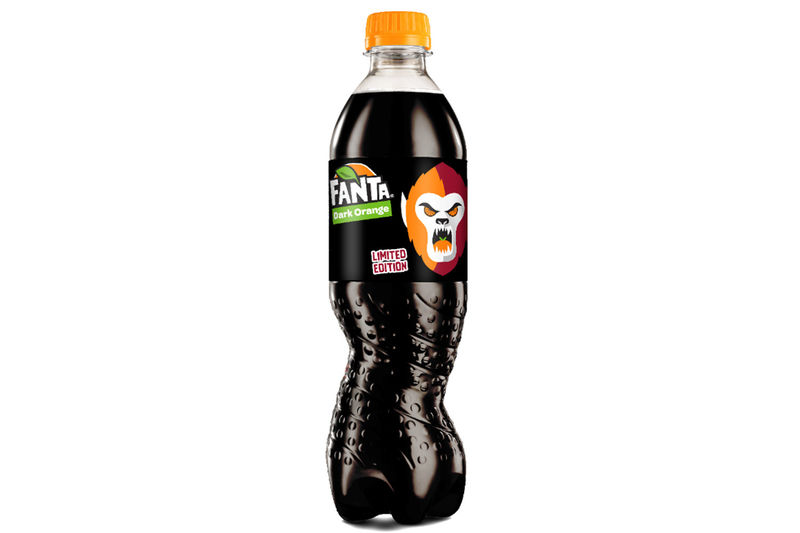 Fanta Dark Orange is a Limited-Edition Product for Halloween

Laura McQuarrie — September 3, 2019 — Lifestyle
References: fanta & bustle
With the official start of the fall season on the horizon, many brands are gearing up for Halloween, including Fanta, which is now releasing a limited-edition black soda drink in a bottle. The black Fanta beverage is officially called Dark Orange and is an ASDA exclusive—that will only be available for a short time—that promises to be a must-have for any spooky celebrations.

The soda bottle, which is clear and shows off the dark liquid inside, features a label with the face of an orange werewolf that Fanta worked with artist Noma Bar to create. The black color of the soda can be attributed to a vegetable carbon, which is commonly used as a food color additive in confectionery products.
7.4
Score
Popularity
Activity
Freshness