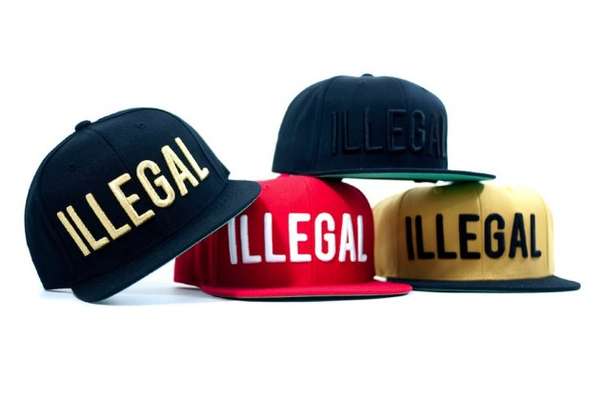 The Black Scale Illegal Baseball Hat is Criminal and Proud

Jonathon Brown — February 17, 2013 — Fashion
References: black-scale & highsnobiety
Share on Facebook Share on Twitter Share on LinkedIn Share on Pinterest
There's nothing undercover about this Black Scale Illegal hat, so if you're up to something unlawful this might not be the best fashion choice. They say "real criminals move in silence," but do they say anything about talking loud and clear through graphic messages on your hat? I think not. Therefore, under some twisted loophole in the code of conduct among criminals, this may be acceptable. However, that doesn't mean it is advisable.

Then again, most people wearing this hat are going for shock, awe and a bit of hipster appeal, because who would wear this if they had anything up their sleeve? The Black Scale Illegal hat is a new release and collaboration with A-Trak. The two brands originally released the hat a few months ago, but are now offering it inew blue, black, red and biege colorways.