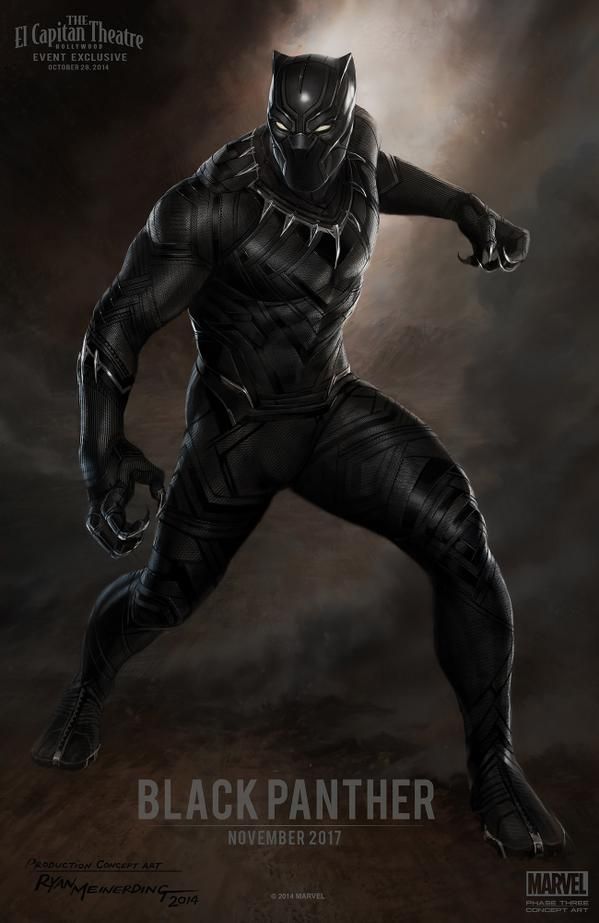 Marvel Announces that Black Panther Will Hit Theaters in 2017

Meghan Young — October 29, 2014 — Pop Culture
References: marvel & time
Share on Facebook Share on Twitter Share on LinkedIn Share on Pinterest
The latest Marvel superhero to grace the film industry will be Black Panther. The first black lead for the franchise, the Black Panther movie will star Chadwick Boseman, who previously starred as Jackie Robinson in the biopic '42'. An exciting development for the Marvel universe, this announcement comes with a slew of others revolving around The Avengers, Captain America and more.

The Black Panther movie is slated to hit theaters in 2017. Although a few years away, people will be able to enjoy an onslaught of other superhero movies in the meantime. Those unfamiliar with the Black Panther character, his 'real name' is T’Challa and he comes from a fictional African country, Wakanda. He fights with claws and other weapons made from vibranium, which is a special metallic element that can absorb vibrations.
2
Score
Popularity
Activity
Freshness
Get Better and Faster