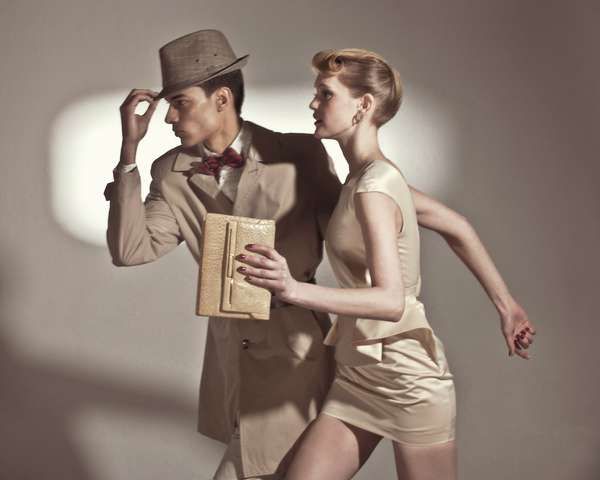 Meghan Young — August 24, 2011 — Fashion
References: sergiodeluz & behance.net
Share on Facebook Share on Twitter Share on LinkedIn Share on Pinterest
It has been a while since a well-executed Mad Men-style photo shoot has come along, so it is with pleasure that the Black Mask series is received. Full of mystery, intrigue and glamorous looks, this 60s-inspired spread has anything and everything a connoisseur of this time could ask for.

Shot by Madrid-based fashion photographer Sergio de Luz, the Black Mask photo series graces the pages of El Duende Magazine's 113 issue. With as much of a focus on narrative as on fashion, the Black Mask editorial will satisfy readers on many different levels. Although captured on a very minimalist set, it allows the viewer to really center in on the emotions expressed as well as the styling of the shoot, which was done by Blanca Puebla.
5.1
Score
Popularity
Activity
Freshness
Get the 2023 Trend Report FREE