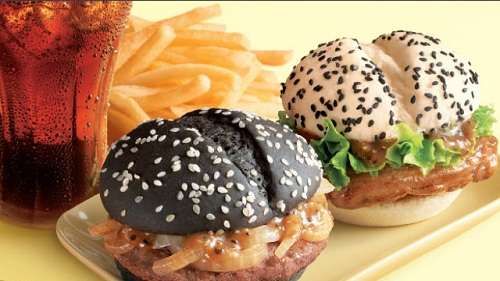 The reason behind the black and white coloring of the sesame seed buns relates to a Chinese saying. "Beijinger" refers to "people who are so well-connected with both the government and organized crime that they can eat from both sides." The white chicken burger with the black sesame seeds, lettuce and savory sweet sauce represents the good governing side, and the black beef burger with the caramelized onions and black pepper sauce represents the criminal side.

The burgers work well as a duo, but if you would prefer them separately, it's possible to order the McDonald's Black and White Burger individually.
4.5
Score
Popularity
Activity
Freshness
View Innovation Webinars