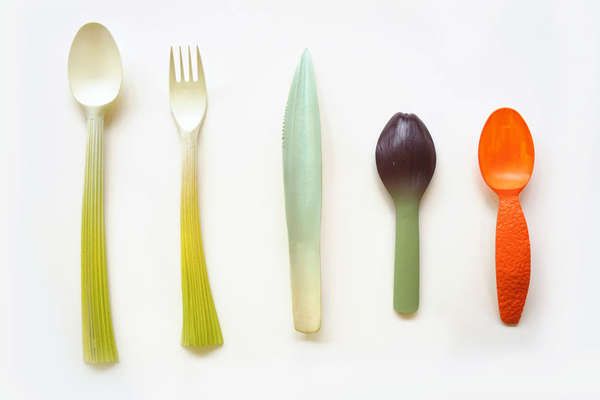 The Graft Biodegradable Tableware Set by Qiyun Deng is All Natural

Qiyun Deng was inspired by the the idea of using plant skin as a textural medium. The legume feel perfectly matches the 3D printed place settings. The artist says on his site, "Texture and form in nature autonomously exist with a function that we can borrow to serve the purpose of artificial objects." So, a celery stalk becomes a fork handle, an artichoke leaf becomes a spoon and a pineapple stem becomes a knife.

In addition to cutlery, other biodegradable tableware components include bowls and cups. In this instance, an orange peel becomes a bowl and a lemon half becomes a goblet.