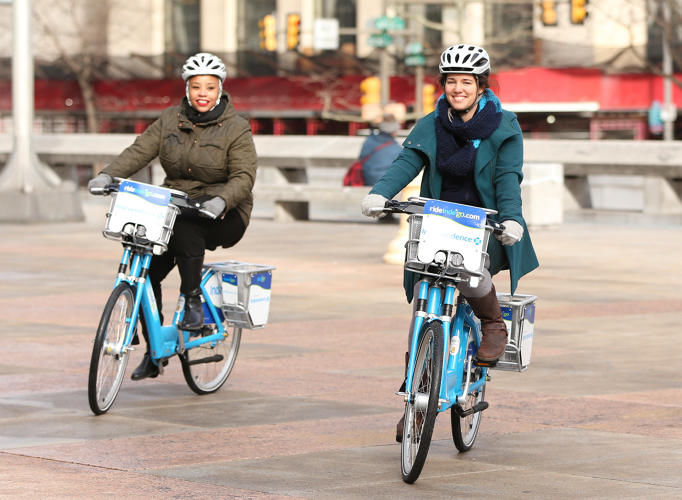 Meghan Young — March 31, 2015 — Lifestyle
References: rideindego & fastcoexist
Share on Facebook Share on Twitter Share on LinkedIn Share on Pinterest
Philadephia is piloting a new bike share program that has potential to get the entire city cycling. First of it, it's opting to place the stations in low-income neighborhoods where they will be more useful. Secondly, people will have the option of paying with cash if they don't have a credit card. These two tweaks make the bike share program much more accessible.

Dubbed Indego, the bike share program looks to diversifying ridership in a meaningful way. Philadelphia's bicycle programs manager Aaron Ritz says, "It was important for us to put the bikes not only in areas that would be a slam-dunk revenue generator." Although people from poorer areas might view riding a bike as an indicator of failure, that is far from the case. To drive that point home, the program will be accompanied by ambassadors and other initiatives helping to dispel stereotypes around cycling.
3
Score
Popularity
Activity
Freshness
View Innovation Webinars