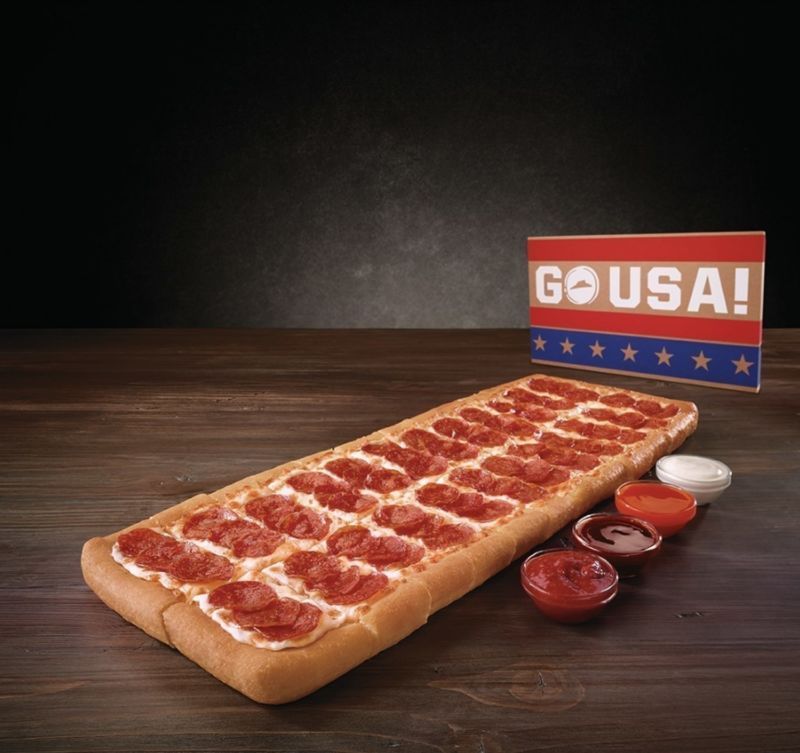 Pizza Hut's Big Flavor Dipper pizza was originally introduced last year as a shareable dish for parties and other events. The new version of the dish features the same easily dippable pieces cut into the two foot-long pizza. Customers can then customize their pizza with their choice of crust and one topping. As for the dipping sauces, customers can choose four sauces from a selection that in includes marinara, Texas honey BBQ, California ranch and New York Buffalo.