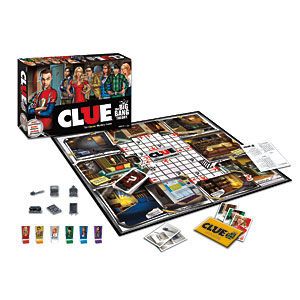 While the original game focuses on a murder in a mansion, with six guests and weapons as suspects, this version is more lighthearted and perfect for people who are fans of the TV sitcom. Instead of a deadly crime scene, this game revolves around the characters stealing Sheldon's belongings. In this game, you can choose to play Leonard, Penny, Raj, Howard, Bernadette or Amy, and the locations on the board game include recognizable scenes from the show, such as the laundry room, Sheldon's apartment and the stairwell.

The point of the game is similar to that of the original Clue in that you have to solve which item was stolen and by who and then check your answer in the clue envelope.
1.7
Score
Popularity
Activity
Freshness
Jeremy Gutsche Keynote Speaker