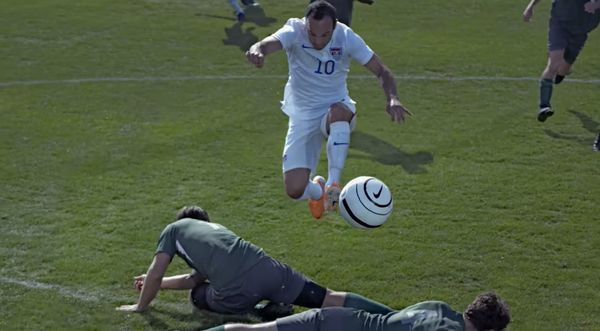 Laura McQuarrie — May 5, 2014 — Lifestyle
References: gatorade & brandingmagazine
Share on Facebook Share on Twitter Share on LinkedIn Share on Pinterest
One of Gatorade's newest commercials is set to a very unusual soundtrack—'Bibbidi-Bobbidi-Boo' from Walt Disney's Cinderella. The ad stars a number of professional soccer players, including Lionel Messi, David Luiz, Sergio Ramos, and Landon Donovan and the video is being promoted with the #BeUnreal tag.

Although it's only implied, the Gatorade video suggests that actually "becoming unreal" comes from putting in the hard work in order to be the best. Most of the video shows the soccer stars training and finally, like Cinderella, they get to the big event at the end and the real magic comes through. But fortunately for the guys, unlike acquiring things from a fairy godmother by magic, their efforts from training will not go away when the clock strikes midnight.
2.6
Score
Popularity
Activity
Freshness
Get Better and Faster