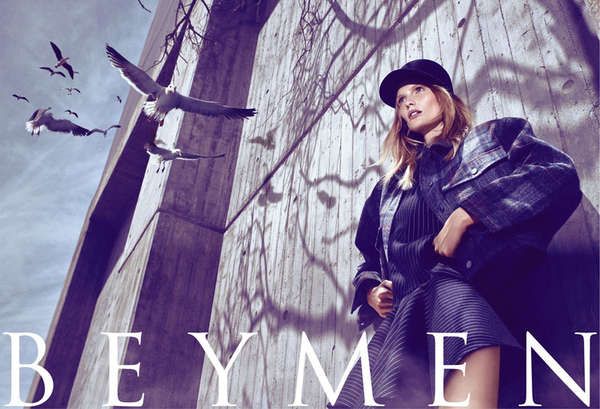 Meghan Young — August 26, 2013 — Fashion
References: beymen & fashiongonerogue
Share on Facebook Share on Twitter Share on LinkedIn Share on Pinterest
The first impression that the Beymen Fall 2013 ad campaign gives off is cold and stark. It really embraces the change of season with bare branches, grey skies and an overall barren atmosphere. The second impression is a Hitchcockian one. As though inspired by the classic film, 'The Birds,' model Katrin Thormann, who appears for the third time as the face of the Turkish retailer, channels her inner Melanie Daniels. Dark and dramatic, the birds in the backdrop are pretty sinister.