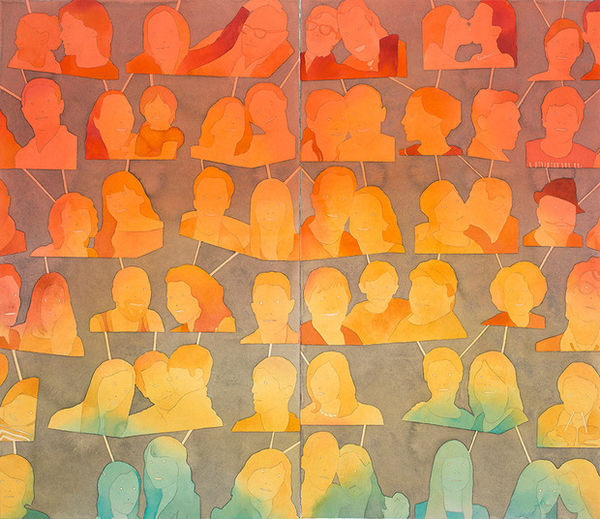 Meghan Young — March 4, 2014 — Naughty
References: dangluibizzi & coolhunting
The art exhibit titled Between Friends by Dan Gluibizzi, an artist hailing from Portland and based in New York, is inspired by the Internet. In particular, it takes cues from images from Tumblr as well as how people pose for photos taken for social media sites. Whether depicting innocent selfies or more racy portraits fit for a nudie magazine, the collection is tied together by way of his chosen medium: watercolor paint.

Giving the images an anonymous appeal, Between Friends by Dan Gluibizzi addresses the idea of intimacy on a number of levels. He writes, "We live in a world dominated by social media; everything is constantly 'between friends.' That term is sort of slightly nefarious, something's going on, it's between friends. Or, we're in this time of data collection and what is private?"
1.5
Score
Popularity
Activity
Freshness