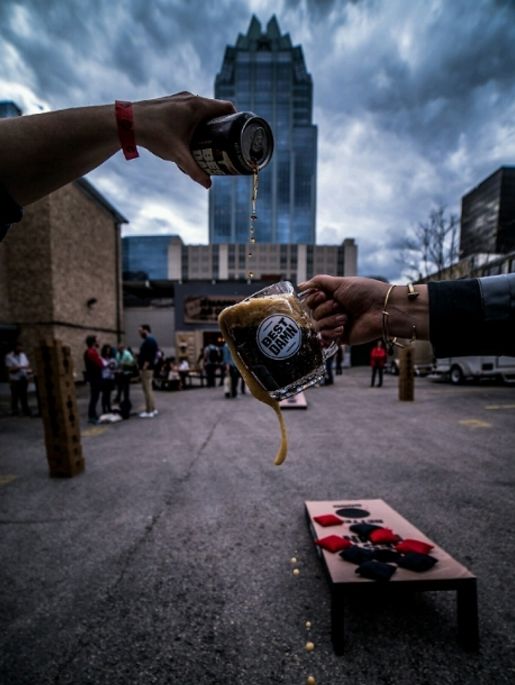 Katherine Pendrill — March 14, 2016 — Marketing
References: bestdamn & prnewswire
Share on Facebook Share on Twitter Share on LinkedIn Share on Pinterest
As part of SXSW Interactive, Best Damn Brewing Co. is launching a branded pop-up bar called the 'Best Damn Billboard-Bar.' The interactive event is part of an ongoing mission to "bring you the best damn thing you've had all day" by creating new and innovative ways to enjoy beer.

The Best Damn Billboard-Bar is a pop-up event taking place at Brazos Hall in Austin, Texas. But instead of serving traditional pints, the bar will be serving up two new beer-based concoctions. The first is the Best Damn Root Beer, which is a boozy take on a traditional root beer float and the second is the Best Damn Cherry Cola, which features the tart taste of whole cherries. In addition to its new beers, the event will also feature the unveiling of the first product from the Best Damn Beer Gear series: the Best Damn Office Chair.