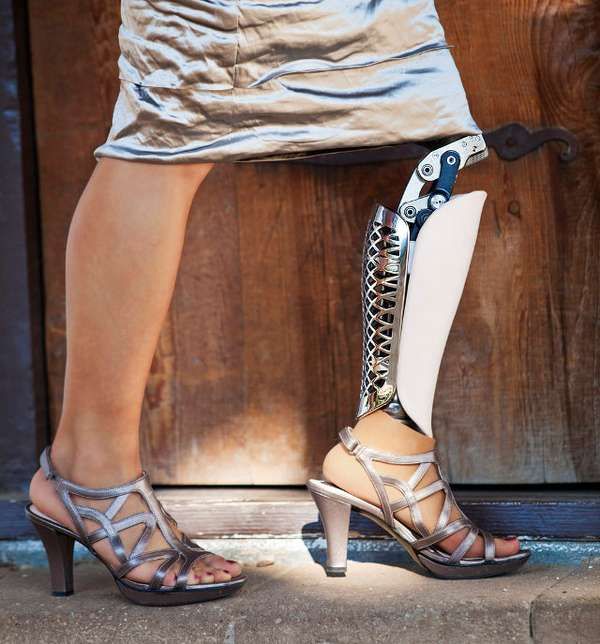 Erin Kirkpatrick — June 22, 2012 — Unique
References: geekologie & gizfactory
Share on Facebook Share on Twitter Share on LinkedIn Share on Pinterest
After losing a limb, many people feel like they’ve lost control of their lives as well; the Bespoke Innovation custom-made fairings aim to restore both the limbs that were lost and aim to give individuals their lives back. Bespoke has just released a series of “designer” prosthetic attachments with fashionable and decorative designs, which sets them apart from traditional prosthetic attachments.

Bespoke Innovations prides itself on its innovations that restore the natural contours of the leg and integrate patterns and intricate designs. While the ordinary prosthetic leg is human skin color, the Bespoke prosthetic leg doesn’t hide the fact of a lost limb, but uses the leg as a creative canvas instead; individuals can choose from an assortment of different materials for their fairings including chrome plating, leather and ballistic nylon fabrics.

According to Bespoke Innovation, “this allows the customers to express their aesthetics and personality through their prosthetic legs, just as they would through as an accessory or article of clothing.” Bespoke have turned a negative experience into a positive by allowing individuals to not only embrace their prosthetic, but to look fabulous while doing so.