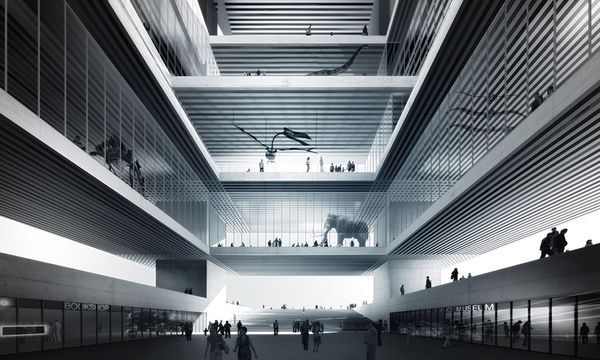 According to DesignBoom, "the science museum creates a tension between the earth and the sky, the past and the future, while the present time is being represented by light, crossing the layers of the human history." Clearly the entire architectural design has a symbolic meaning in a number of different ways, which people would learn about when entering the Berlin Natural Science Museum.

Overall the concept looks quite futuristic, so hopefully the design will go from proposal to fruition over the next couple of years.