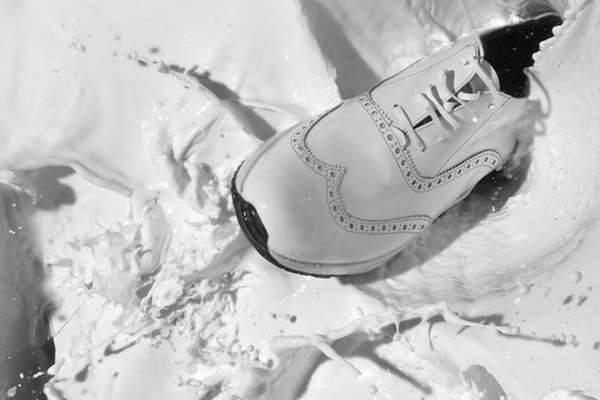 Andrew Robichaud — July 6, 2009 — Fashion
References: slamjam & swipelife
This SlamJam exhibit for the new all-white BePositive 2010 S/S collection is a toss-up between genuinely creative and creatively confusing. The ads appeared at the company's Milan store, and were shot by photographer Mustafa Sabbagh, who was the genius (or not genius) behind this eclectic photo shoot.

The photos include versions of chukkas, loafers, and high tops adorned in mass amounts of a white liquid (milk, paint…can’t really tell). Whether you like them or not, they are very interesting and are sure to make BePositive a collection to look out for in S/S 2010.
2.4
Score
Popularity
Activity
Freshness