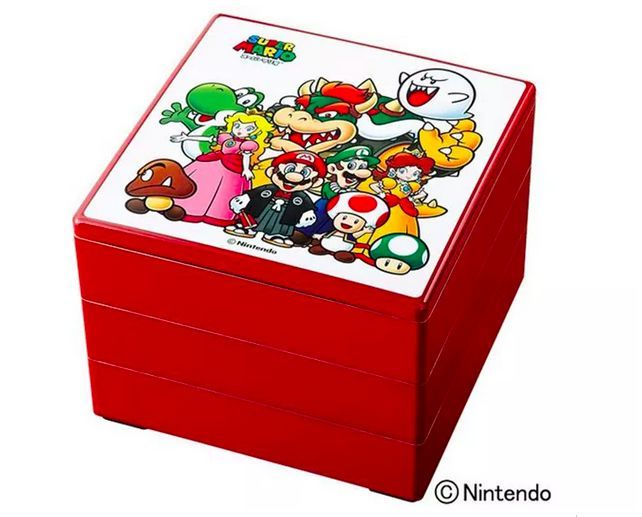 Misel Saban — September 30, 2015 — Lifestyle
References: nintendo & eater
Share on Facebook Share on Twitter Share on LinkedIn Share on Pinterest
Gaming brand Nintendo is celebrating its 30th anniversary with these exclusive and opulent Super Mario Bros bento boxes that are filled with decadent foods and designs that reference the popular video game. Fans of the Super Mario world can enjoy this cultural eating experience that pays tribute to one of the brand's most popular games.

The Super Mario Bros is comprised of plumber brothers Mario and Luigi that are some of the most recognizable animated characters in the world. These detailed bento box designs pay tributes to the brothers and other characters like Princess Peach, Bowser, Toad, Daisy, Yoshi and the Goombas with a decorative three tier red bento box complete with the characters on the front. Inside the box is filled with dozens of edible foods including sashimi, rice and noodle dishes, salads and desserts shaped or inspired by many of the characters. The box is an exclusive product with the price tag of $226 per box.
2.4
Score
Popularity
Activity
Freshness
Jeremy Gutsche Keynote Speaker