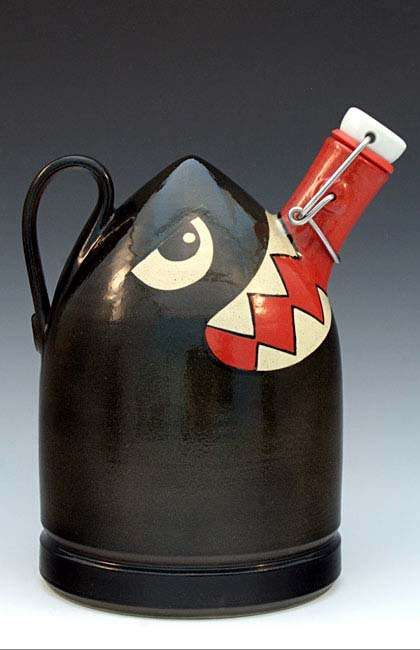 Wes Walcott — September 30, 2012 — Lifestyle
References: bottless.net & laughingsquid
Share on Facebook Share on Twitter Share on LinkedIn Share on Pinterest
Beer Growlers are the best companion a beer drinker could ever ask for. In the early 1800s, before bottled beer became commonplace, if one wanted to enjoy a beer outside of a saloon, they needed something to carry it home in. Though a variety of jars and jugs were used, a 2-quart enameled pail – called a growler – became the container of choice for many beer barons and hooch hounds.

Now, Carlburg Pottery is bringing back growlers in a big way. The Montana-based company is the premier producer of unique handmade ceramic growlers. Buyers get to consult with a sculptor in much the same way a person interested in getting a tattoo would consult with an artist. After the consultation, each growler is custom-made according to the buyer’s specifications, making them incredibly original and expressive drinking vessels: the perfect gift for any brew buff.
5.4
Score
Popularity
Activity
Freshness
View Innovation Webinars