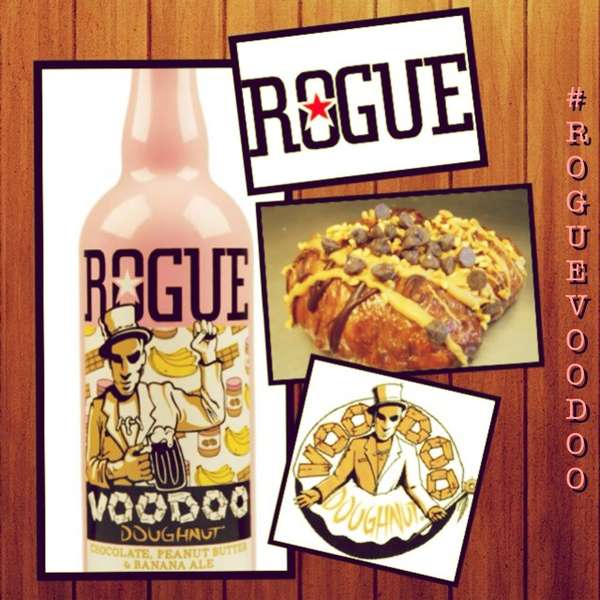 Titled Voodoo Donut, the beer contains chocolate, peanut butter and banana. What a wonderful combination of ingredients that are surely enhanced through the magic of beer. The ale is also listed as including Pacman Yeast, which was something I felt was important to mention. Mostly because of how awesome sounding the title is, but also because it is a proprietary of Rogue Ales.

In the past, some of its beer titles have sounded intensely delicious in 'Donut Bacon Ale' and skeptical of nature in 'Yellow Snow IPA'. One thing is for sure, they all draw in a taste bud's curiosity. Each beer is something you want to be able to say you've actually tried before and this latest beer dessert is no exception.