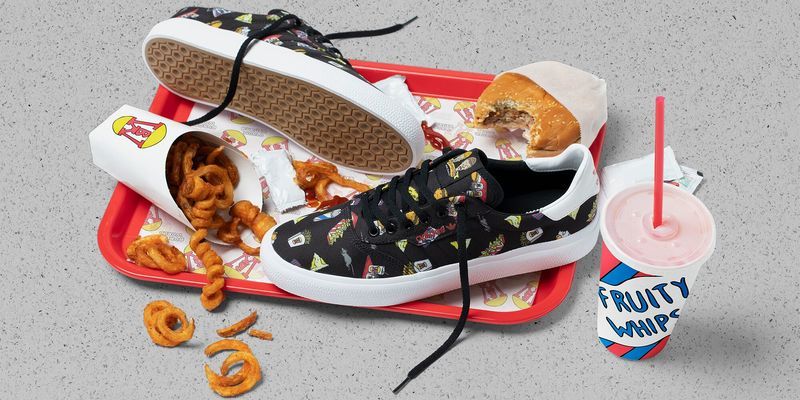 Kalina Nedelcheva — October 31, 2018 — Fashion
References: adidas
Share on Facebook Share on Twitter Share on LinkedIn Share on Pinterest
For its collaboration with MTV, adidas Skateboarding releases a Beavis and Butt-Head collection that will, without a doubt, delight its consumer base. The capsule features a pullover hoodie, a lightweight jacket, a two-buttoned polo, two t-shirts, as well as a pair of sneakers. For its partnership with MTV, adidas Skateboarding took the silhouette of the recently released 3 MC skate shoes and created a fun-pocking iteration of the model.

The entire range is adorned with graphics that playfully reference the show. Specifically, adidas Skateboarding and MTV draw inspiration from the place of employment of the two notorious slackers — the apparel, as well as the footwear, feature illustrations that point to the fictitious 'Burger World.'

The Beavis and Butt-Head collection is a clear dive into 90s nostalgia and as a result, will easily attract a specific audience.
4.8
Score
Popularity
Activity
Freshness
View Innovation Webinars