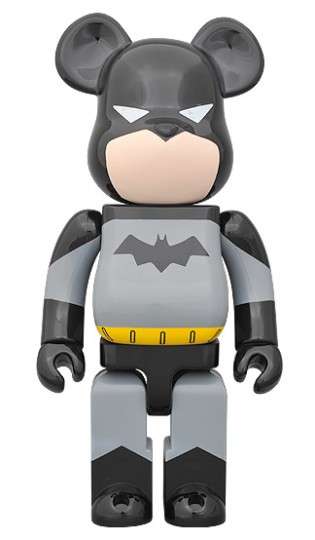 Finally, the Dark Knight is getting the Medicom Toy treatment with the Bearbrick Batman. The figure takes after the animated series, so the costume has more of a simple, retro look as opposed to the high-tech version of Christopher Nolan's brilliant portrayal of Gotham's vigilante. The intimidating mantle, cape and bat symbol is all intact, demonstrating why criminals fear the badass that is known as Batman.

The Bearbrick Batman will be available in 1000% and 400% sizes. The way I see it, why not grab both?
1.5
Score
Popularity
Activity
Freshness
Access Advisory Services