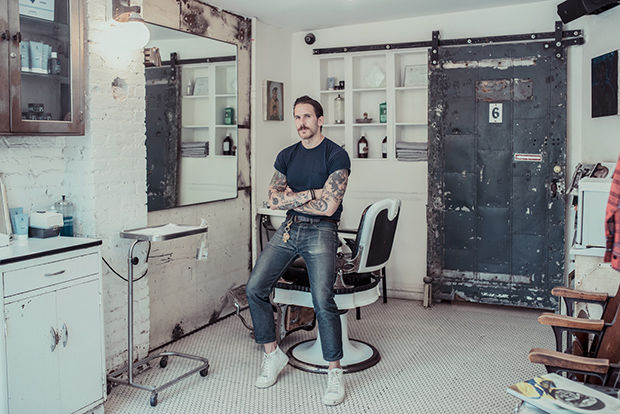 Vasiliki Marapas — January 29, 2015 — Fashion
References: franckbohbot & featureshoot
French photographer Franck Bohbot photographed barbershops in NYC for his latest project. Though his usual focus is on interior photography, Bohbot decided to include the barbers in the 'Cuts' series in order to convey the human aspect behind the space.

While working on the series, Bohbot came to realize there is a universal quality to barbershops. For instance, though he only photographed barbershops in New York, Bohbot believed that each one looked as though it could easily be from any other American city.

Even more curious than this "universal quality," was the fact that the barbershops didn't seem to be touched by time. That is, even the newer barbershops seemed old, exuding a retro appeal, perhaps because the "barbershop" is a concept from a different era.
4.9
Score
Popularity
Activity
Freshness