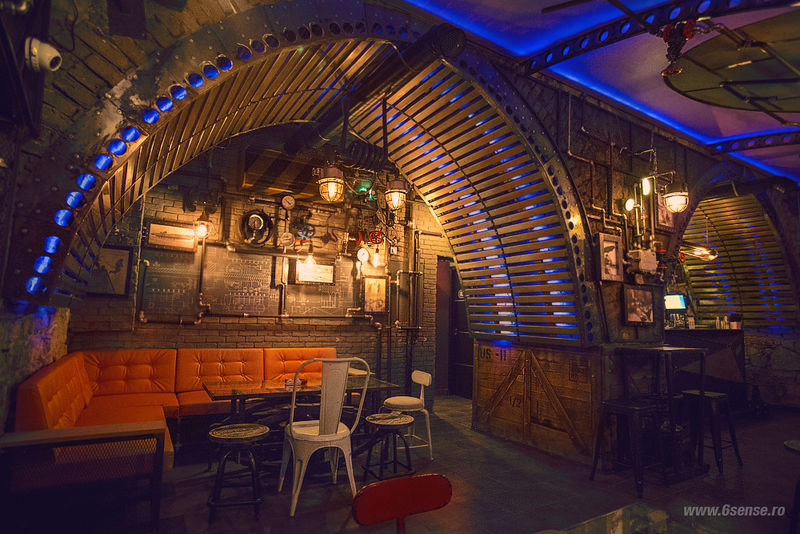 6th-Sense's Bar Interior Design Creates the Feeling of Being Undersea

Zoly Zelenyak — May 28, 2015 — Art & Design
References: 6sense.ro
Share on Facebook Share on Twitter Share on LinkedIn Share on Pinterest
Last year, the Romanian company 6th-Sense Interiors embarked on a new bar interior design. The initiative came from a former client, the same one that it successfully collaborated with in creating the Joben Bistro. This time, they were to recreate the interior design of club 'THE ONE' the designers had worked on a couple of years before.

6th-Sense Interiors came up with the idea of a themed pub meant to faithfully render the interior of a submarine. The vault-shaped ceiling as well as the wagon-shaped space dividing in two different rooms seemed perfect for this kind of design.

'Submarine' in its final form has one large and one small room, each with its own bar according to size. According to the concept idea, the design was supposed to include several details that are commonly found inside any submarine: control panels, periscopes, visible pipes, bolted metal doors, torpedoes and radars. The bar interior design includes two serving bars that mimic the shape of a submarine made from metal, an anti-aircraft booth for the DJ desk, and two mobile torpedoes moving on the ceiling. The small room is called the Engine room, because of the big propeller powered by engines.

The designers created concept sketches and provided the client images for the final decorations, textures, materials and lighting fixtures. The execution of the metal structures was carried out by Elderom, in keeping with the pub's industrial style and steampunk features.
6.1
Score
Popularity
Activity
Freshness
View Innovation Webinars