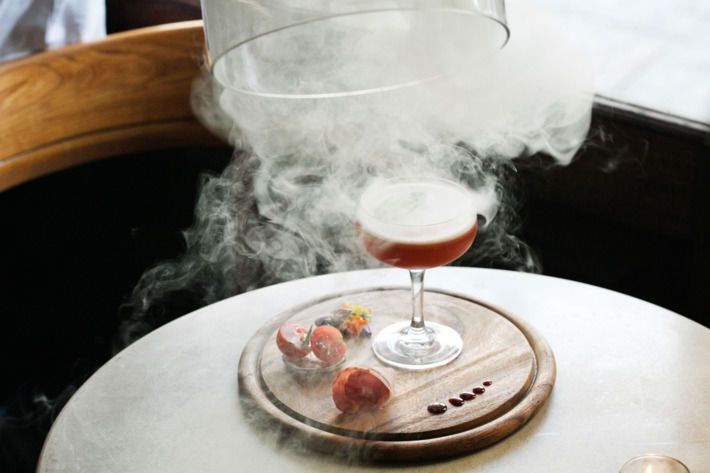 Justin Lam — February 28, 2018 — Lifestyle
References: grubstreet & nytimes
Share on Facebook Share on Twitter Share on LinkedIn Share on Pinterest
New York's most flamboyant bartender will be taking the reigns at the newly reopened Bar Freud. The unique Austrian-themed restaurant is the brainchild of chef-owner Eduard Frauneder, who brought along Austrian bartending brothers Albert and Jakob Trummer to revolutionize the space as something more than an Austrian sausage emporium. Albert Trummer carries quite a deal of fame, or infamy, due to his theatrical bartending and is known in the NYC food scene for being arrested for lighting his bar on fire, running a sting of pharmaceutically themed bars and creating a seasonal cocktail omakase menu.

When designing the bar program at Bar Freud, Albert wanted to step up his pharmaceutical concept by exploring the idea of hallucination. The revamped cocktail menu takes inspiration from Freud’s 'The Interpretation of Dreams' and plays on the contrasts in perceived cocktails. The Eau de Cologne features smoked cherrywood, Disaronno, black-pepper elixir and a strawberry-basil reduction. Sazeracs, featured prominently on the menu, are spiked with saffron elixirs and The Stone Ground is a playful blend of matcha-infused whiskey, white chocolate and milk. All of the cocktails maintain a lower level of alcohol and are meant to be more of a culinary experience rather than an intoxicating one.