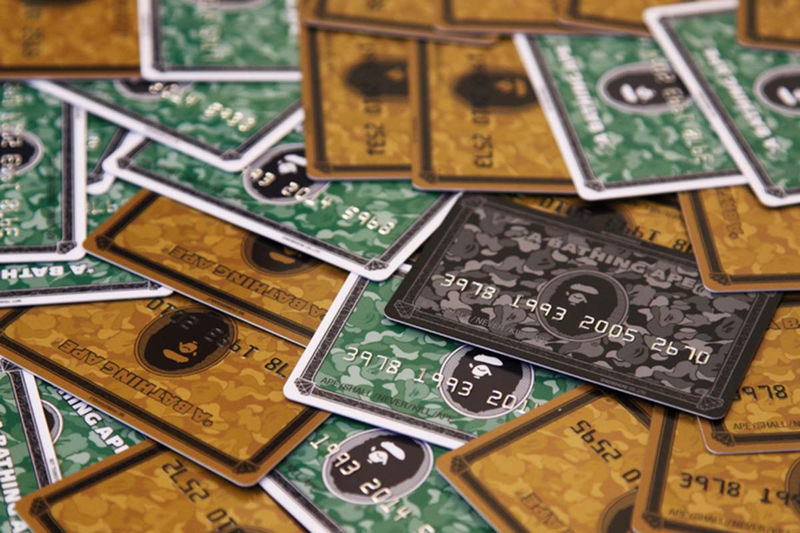 The BAPE CARD Offers a New Way to Shop BAPE

Justin Lam — January 17, 2018 — Marketing
References: highsnobiety & hypebeast
Share on Facebook Share on Twitter Share on LinkedIn Share on Pinterest
A Bathing Ape, or BAPE, is reviving the BAPE CARD, an old classic that is sure to please fans of the clothing label. BAPE has been a streetwear giant since the company's inception in 1993, but 2017 was perhaps one of the biggest years for the company; the release of Winter Camo drops, the Year of the Dog collection, the Double Shark hoodie and reflector jackets brought BAPE widespread acclaim and international success.

The BAPE CARD was once common among buyers of the brand, but after a considerable absence, the Japanese streetwear company is bringing back the iconic card. The BAPE CARD was essentially a loyalty rewards program for the clothing label, with users gaining points for every purchase they made. However, points did not equate to small rewards and instead allowed buyers to use points to buy full items of clothing.

While the details of the new BAPE CARD have been sparse, consumers can expect many of the same features as the old version.
5.9
Score
Popularity
Activity
Freshness
Attend Future Festival