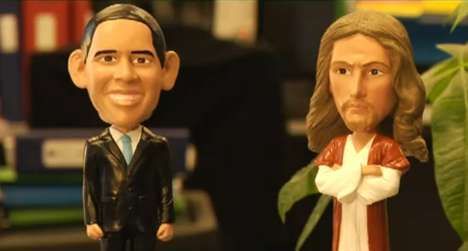 Some Banned Superbowl 2011 Commercials Aim To Fail for Publicity

A company who couldn’t afford the steep price tag of Super Bowl ad time, he argues, could nevertheless generate a lot of buzz with an intentionally banned Super Bowl 2011 commercial. In this way their commercial would never even need to reach television in order to reach a wide audience, even if its eventual popularity was largely reliant on its notoriety.

To check out some of Trend Hunter’s coverage of two banned Super Bowl 2011 Commercials which were very likely made with the full knowledge that they would never make it to the big game, click here and here.
6.3
Score
Popularity
Activity
Freshness
Get the 2021 Trend Report FREE