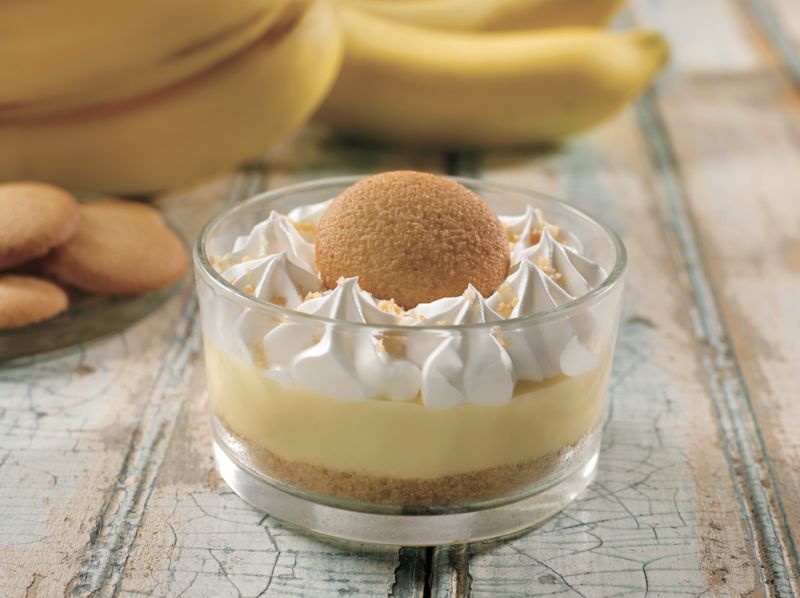 Popeyes Just Announced the Debut of Its Banana Pudding Parfait

Katherine Pendrill — April 3, 2019 — Lifestyle
References: delish
Magnolia Bakery might have a bit of competition now that Popeyes has begun serving up a sweet Banana Pudding Parfait. Set to debut just in time for spring, the new dish is the perfect way to end a meal at the famous fried chicken chain.

Popeyes' new Banana Pudding Parfait is a nod to the brand's southern roots as the dessert is traditionally enjoyed throughout the southern United States. The whole thing starts with a "buttery vanilla cookie crumb crust," which is then topped with a creamy banana pudding and a dollop of lightly whipped cream. To finish, the pudding is topped with a whole vanilla wafer cookie and a sprinkling of butter vanilla cookie crumbs. In other words, it's like the sweet taste of spring in a bowl.