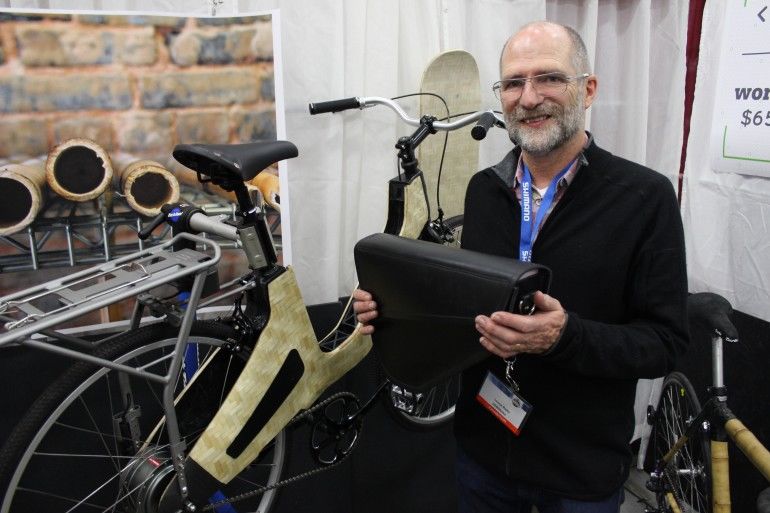 The sides of the Bamboost are vacuum-formed and comprise an inner layer of carbon fiber, in addition to laminated layers of woven bamboo, a balsa core, a second layer of woven bamboo and a final protective layer of resin. An additional outer layer of carbon fiber is used to protect those areas of the e-bike that are vulnerable to abrasion, such as the rear wheel drop-outs. The sides are joined together to form the frame.

The Bamboost's functionality is augmented by a semi-rigid leather cargo bag that can be removed and carried by the rider. The Bamboost is set to hit the market soon and will be priced somewhere between $2,500 and $3,000.

This e-bike is a great example of blending futuristic technology with old-world materials.
1.3
Score
Popularity
Activity
Freshness
Get Better and Faster