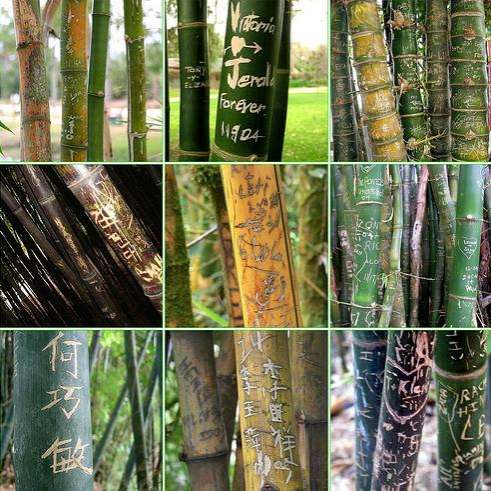 From China to Australia

Surprisingly, the bamboo plants don't heal themselves or grow over; instead, the carvings even turn black around the edges in some cases, making them pop even more against the living green canvas.

The photos in this gallery are by digitalexistence who photographed in Beihai Park, urbanphotographer at the Perth Zoo and heritagefutures who took the shots in Albury. Wottheduck "remixed" the photographs of the purple bamboo graffiti. The gallery also show images by bnz , j_granger and .Photo Gil. at UCLA botanical gardens.