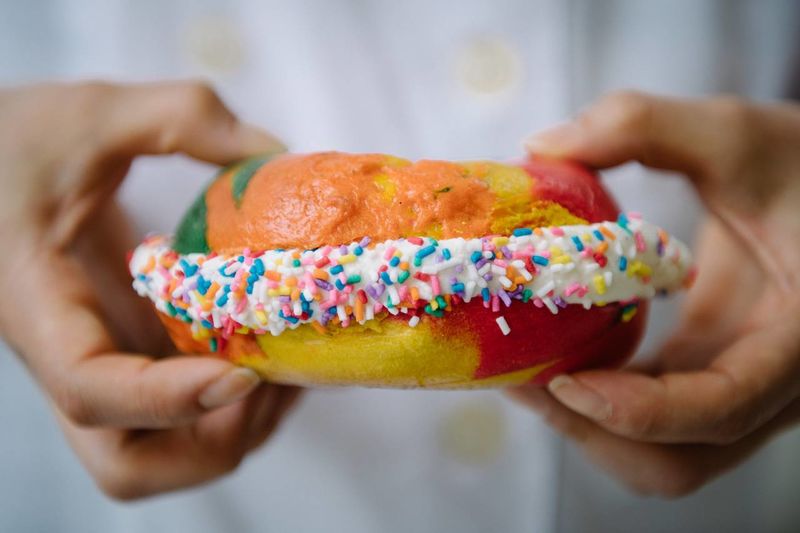 "The idea for the bagelwich was born with past viral crazes in mind, founder Mr. Dimino, Sr., says, adding that his son and business associate, Paul Dimino, Jr., suggested they come up with something unusual as a way to bring attention to the store."