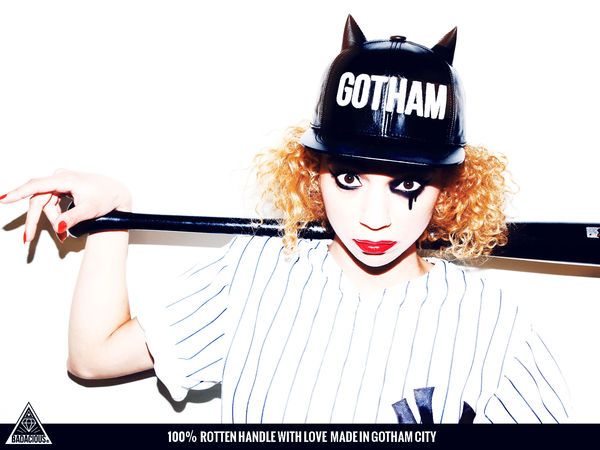 The Badacious SS 2014 Collection Would Fit Right in Gotham

Vasiliki Marapas — April 28, 2014 — Fashion
References: badacious & shop.nylonmag
Share on Facebook Share on Twitter Share on LinkedIn Share on Pinterest
Part one of the Badacious SS 2014 collection is inspired by Batman's stomping grounds, the fictional city of 'Gotham.' When the word "goth" is part of a city's name, you can bet it's going to be a dark and dangerous place. Indeed, Gotham is a shady, unscrupulous town filled with enough criminality, corruption and political strife to keep Batman busy for the rest of eternity.

The collection capitalizes on this raw, gritty vibe by offering all-black duds suitable for a modern-day Catwoman. However, you don't necessarily need a feline prowess to rock these sleek items. For more casual nod to the Dark Knight, you can rock the subtly pointed leather snapback.

Overall, the Badacious SS 2014 Gotham collection should fill the void in your heart as you anxiously await the release of the next Batman film.
5.1
Score
Popularity
Activity
Freshness
View Innovation Webinars