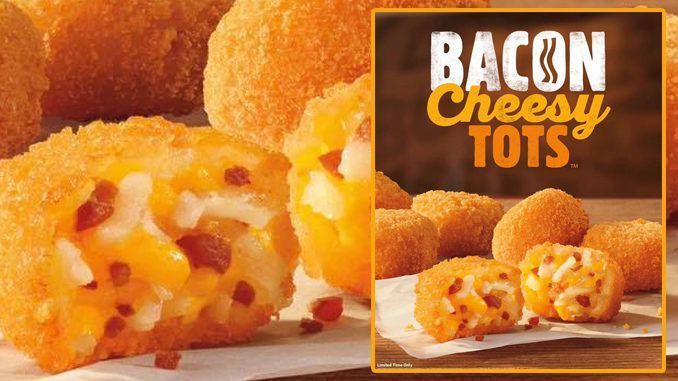 According to the Burger King website, the new Bacon Cheesy Tots consist of "a crispy-fried bread crumb coating surrounding warm potato and melted cheese—but with an extra trendy ingredient: bits of real hickory bacon." Naturally, the tots would not be complete without some kind of dipping sauce, so each serving is paired with a side of ranch dressing. According to the customers able to get their hands on the new dish, an 8-piece order is just $2.99.

While they aren't officially on the Burger King menu nation-wide, the suspected release date is April 12th.