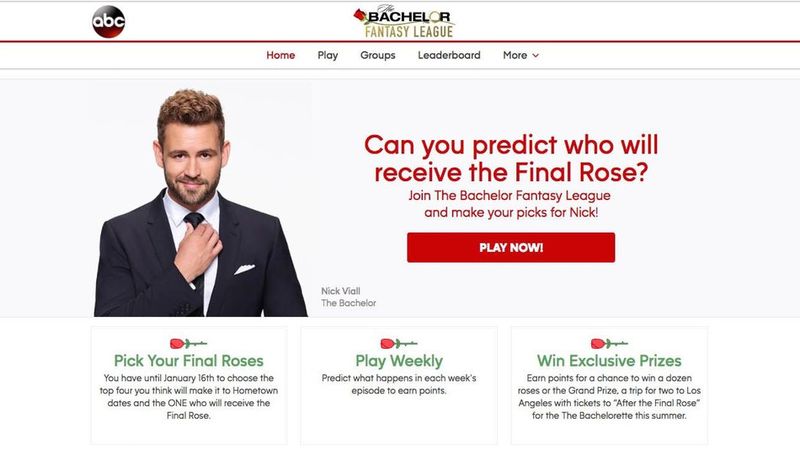 Joey Haar — December 20, 2016 — Pop Culture
References: games.abc.go & mashable
For more than a decade, 'The Bachelor' has been one of the most popular reality TV shows on air, and ABC has decided to help foster the program's rabid fandom with its official 'Bachelor Fantasy League.' Structured similar to a fantasy football league or an Oscar pool, the Bachelor Fantasy League lets fans make picks for the grand winner of the season as well as for the challenges in each week's episode.

ABC partnered with ESPN, its kindred company in the world of sports, to create the official league, banking on ESPN's experience in making fantasy sport platforms. As such, fans will be able to control their league through both the ABC website and ESPN's fantasy sports app.

The league focuses specifically on the current season of 'The Bachelor,' season 21, which is slated to debut on January 2nd.
1.7
Score
Popularity
Activity
Freshness