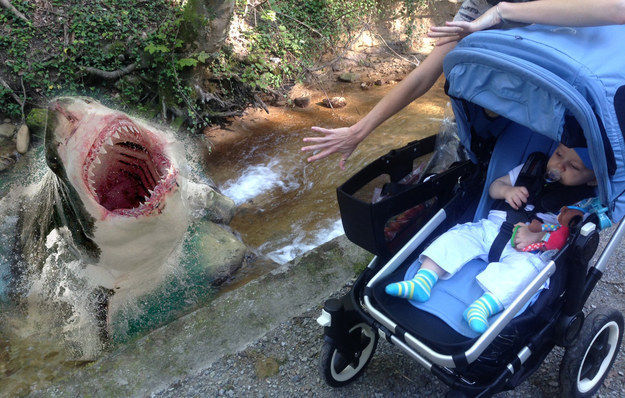 Meghan Young — October 7, 2014 — Tech
References: reddit & buzzfeed
Share on Facebook Share on Twitter Share on LinkedIn Share on Pinterest
This photo series of babysitting adventures is something straight out of a parent's nightmares. Yet they are also so far-fetched that people won't be able to chuckle at them and themselves for their unrealistic worries. Created by Erica and Hannes, an engaged couple based in Zurish, Switzerland, the Photoshopped babysitting adventures was inspired after they were given extensive directions on how to care for their friend's baby.

To get over their nervousness, they imagined a slew of disastrous babysitting adventures that involve Tyrannosaurus Rex, alien abduction, poisonous snake and even a toothy shark swimming in a shallow pond. Hannes says, "We will show him these pics in maybe 10 years or so and say: ‘Young man, we had an awesome time together that day.'"
6.9
Score
Popularity
Activity
Freshness
View Innovation Webinars