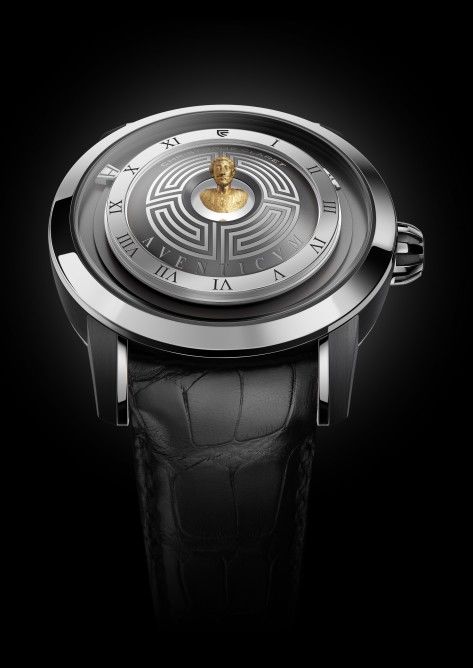 Rahul Kalvapalle — February 3, 2015 — Fashion
References: christopheclaret & gizmag
The Aventicum is a luxury watch, offered by Swiss watchmaker Christophe Claret, that is embedded with a miniature golden bust of Emperor Marcus Aurelius that appears to float above the center of the dial.

The hologram-like depiction of the bust is the result of the installation of the first ever mirascope seen in a wristwatch. The mirascope produces a magnified image that appears to float above a small hole in the center of the dial.

The Aventicum was inspired by a 3D documentary about the excavations of Aventicum, the capital of the ancient Roman province of Helvetia (modern-day Switzerland). Among the treasures found in the excavation was a gold bust of Marcus Aurelius discovered in 1939.

The watch will be available in limited quantities in red gold and white priced at $52,800 and $57,100. This may sound like a lot but it's not everyday you can count on your own personal Roman emperor to keep tabs on the time for you.
5.8
Score
Popularity
Activity
Freshness